How to Train Your Dragon Wiki
Register
Don't have an account?
Sign In
Advertisement
in: Dragons, Dragon Species from the Books, How to Speak Dragonese,
and 7 more

Emperor Beetleboog Bolderbugs appear several times in the How to Train Your Dragon Book Series.

Bolderbugs can live for decades, whereas almost every other species of Nanodragon don't live for more than a few years, if that. They also are very intelligent and fluent with Dragonese, where many Nanodragon species are not.

The Bolderbugs are always the leaders or alphas of all Nanodragons, perhaps because of their intelligence and relative longevity. Emperor Beetleboog Bolderbugs are proud, self-important little dragons (as most leaders tend to be).

An Emperor Beetleboog Bolderbug named Ziggerastica is first introduced in this Book, where Hiccup saves him from being eaten alive as a honey-covered snack of the Fat Consul. For saving him, a self-proclaimed god, Ziggerastica organizes the Nanodragons to lift Hiccup up into the air, so that to the observer, he appears to be hovering of his own accord.

The "floating" trick is repeated again in this Book to help Hiccup solidify his power. Ziggerastica and the Nanodragons appear in the books to teach us that the small and seemingly insignificant should not be discounted.

The Emperor Beetleboog Bolderbugs are discussed in this reference book in the Nanodragon section. They also appear in the Dragon Key at the back of the book. 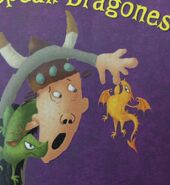 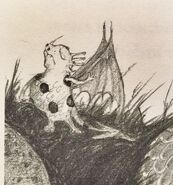 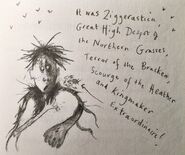 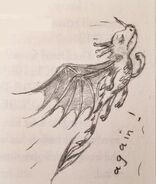