The Dreadstrider is a hybrid between a Flightmare and a Speed Stinger that first appeared in the game, School of Dragons.

A Dreadstrider egg is oval, with patterns reminiscent of a snail's shell, much like a Speed Stinger egg. It is light blue in color, just like a Flightmare egg.

The Dreadstrider's overall body shape resembles that of a Speed Stinger. However, they have a primary set of wings most similar to that of a Flightmare, with a smaller secondary set similar to the Speed Stinger's. They have further physical characteristics of the Flightmare, most notably the eerie glow, the spikes on its back and the barbels under its chin. As a hybrid, this dragon's scales are a mix between its parental species.

Just like its Flightmare parent, the Dreadstrider is capable of producing blue mist, which it can shoot at its targets in the form of small balls that explode on impact.

The Dreadstrider's behavior falls somewhere in between that of each parent. It appears to be very hostile towards other Speed Stingers, despite the fact that they are one of its parent species.

The Dreadstrider was first introduced in this game as a Dreadfall season exclusive. 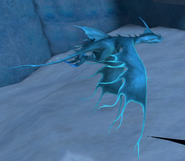 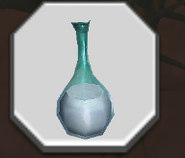 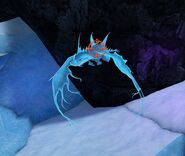 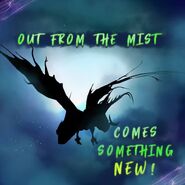 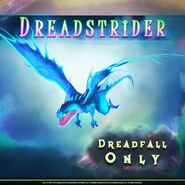 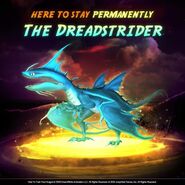 Retrieved from "https://howtotrainyourdragon.fandom.com/wiki/Dreadstrider?oldid=582117"
Community content is available under CC-BY-SA unless otherwise noted.