Dreadfall encompasses the Fall season on Berk, corresponding to the US holidays of Halloween and Thanksgiving. In the games, this time includes a period of total darkness and also the time of harvest. With localities in or near the Arctic circle, daylight time is very shortened to non-existent in the Winter time. However, it is portrayed in the Fall on Berk.

Dreadfall was inspired by the appearance of the Flightmare on Berk, as seen in the Dragons: Riders of Berk episode "Fright of Passage". After the Flightmare's abilities and habits were demystified, combined with peace with the dragons, Berk still honors the tradition in a new way, dubbed Dreadfall. In both games, Flightmare motifs and events can be seen.

In both games, decorations are placed around Berk, often including pumpkins and jack-o-lanterns, stooks, and various lighted objects in the dark.

Each game releases various apparel and activities for Dreadfall. 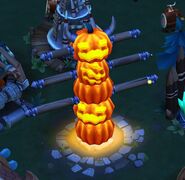 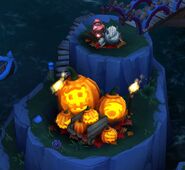 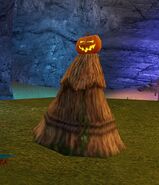 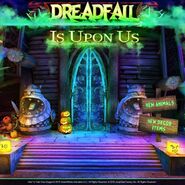 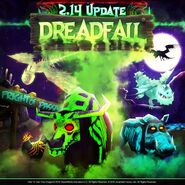 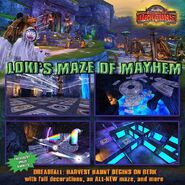 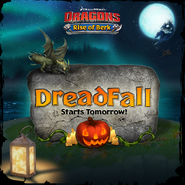 Retrieved from "https://howtotrainyourdragon.fandom.com/wiki/Dreadfall?oldid=588249"
Community content is available under CC-BY-SA unless otherwise noted.