View source
watch 01:53
What is Drago's Bewilderbeast?
Do you like this video?
Play Sound

Good
Evil (formerly, though only out of fear of its master)

His life was full of agony and misfortunes and his pain had started shortly after its birth. Ever since this Bewilderbeast was literally abused to become a war machine. To the maniac enslaver, the meaning of the existence of the miserable dragon was to be nothing more than a tool, and the wicked wrongdoer kept 'training' the dragon for a lifetime of war.

The Alpha is first seen being prepared for battle, though its breathing can only be seen. Fishlegs says that perhaps it's a Class 5 leviathan. His master, Drago Bludvist, summons him later to battle Valka's Bewilderbeast. He eventually gains the upper hand and murders the Alpha by stabbing him in the stomach, and he immediately takes control of every dragon in the premises; even Toothless, Stormfly, Hookfang, Meatlug, Barf and Belch, Skullcrusher, Grump, and Cloudjumper are controlled. Drago then orders him to make Toothless kill Hiccup, only for Stoick the Vast to block it and be killed himself. Drago simply smiles, mounts Toothless - who is naturally still incapable of flight on his own - and orders The Alpha and all of the other dragons to go to Berk and finish off the invasion once and for all. When the Alpha reaches Berk, he takes all of the Dragons into his army, and ice blasts the village.

Fortunately, the riders are able to return to Berk using the Scuttleclaw infants that were outside the Bewilderbeast's control, with the others distracting the Alpha while Hiccup approached Drago and Toothless. After Hiccup manages to bring Toothless back to himself, the two manage to knock Drago off the Alpha, only to be blasted by the Alpha's ice. As Drago gloats over his victory, however Toothless breaks the ice as he channels his full power, and challenges the Alpha in the final battle. As Toothless blasts the Alpha and roars his defiance, his foe gradually loses his control over the dragons, and they all side with Toothless against the Alpha. After sustaining a barrage of fire blasts from all of Berk's dragons, Toothless then does a critical final blow to the Alpha, which destroys his left horn, humiliating and defeating him. Knowing he has lost, he and Drago retreat into the ocean.

Drago's Bewilderbeast is found by the Dragonroot Company, a group seeking to take advantage of the dragon trade left by the dwindling numbers of Dragon Hunters. They have a special Dragon Root concoction and poison him with it. His behavior becomes aggressive and irrational and attacks other dragons and Dragon Riders. Eventually, new Dragon Rider recruits (the player) are able to subdue and free him. During this time, Drago's Bewilderbeast has taken up residence at Valka's Mountain.

Living in the Hidden World

Drago's Bewilderbeast can be seen bowing in respect to Toothless when he presents himself as the Alpha of the Hidden World.

In comparison to Valka's Bewilderbeast, this individual is dark and looks very menacing, tyrannical, and violent. Additionally, he seems restless and always enraged and gloomy (the dragon's scarred and rather dirty looks indicate he had been through tough moments). He is also slightly larger than Valka's Bewilderbeast. Understandably, his behaviors are unfriendly and destructive, and he doesn't care about damaging his owner's forces (crushing several of Drago's men's fleets when emerging, and crushing one of the war machines). His frills are similar to a dreadlock and are quite different from the other Bewilderbeast seen in the film. This dusty Bewilderbeast has more elongated horns similar in appearance to mammoth tusks than the whiter individual, with shackles on them that are attached to chains to pull Drago's ship.

Naturally, his mind is always filled with endless pain, grief, desperation, and mostly abysmal rage to everything including his miserable fate. This anger that caused him to target everything may go towards innocent, 'happier' beings, especially other members of his own race that may cause him further envy, loathing, and sorrow.

Despite being enslaved against his will, the Bewilderbeast seems to seek Drago's approval. Before leaving for Berk, the Bewilderbeast calls all dragons to him and once the dragons gather above him, he looks at Drago. Another instance is when the Bewilderbeast encased Hiccup and Toothless in ice, he again looks to his master, Drago. This could be due to the imprinted fear and traumatic memories bound to him his whole life.

By the time he settles in the Hidden World, his ferocious personality has been rehabilitated and he learns to coexist with all the other dragons, even accepting Toothless as his Alpha.

Unlike Valka's Alpha being a kind owner, he was used by Drago as more of a weapon to be the most powerful dragon of them all and to be the ultimate war machine.

Ice Breath: Like the rest of his kind, Drago's Bewilderbeast is capable of breathing a massive wave of ice that leaves behind massive damage upon freezing and hitting its target, causing massive damage to the Village of Berk.

Enhanced Strength: He seems to be stronger than the Bewilderbeast of the Dragon Sanctuary, though it seems like he was a little bigger as he was capable of overpowering the previous Alpha in their battle over control of Valka's rescued dragons. And upon arrival on Berk, Drago's Bewilderbeast manages to easily break through one of Berk's large statues.

Intelligence and Communication Skills: He was able to understand the noises that Drago was saying to control certain dragons he wanted such as Toothless and Hookfang. He also understood to come out of the water at a specific time.

Enhanced Endurance and Stamina: Similar to the rest of his kind, this Bewilderbeast is extremely tough and can withstand most of the attacks that are fired at him. His stamina is very high as he was shown to be able to travel long distance by pulling his master's ships before getting ready to fight off Valka's Bewilderbeast, and was able to swim all the way to Berk after a long battle. He could also take multiple, heavy attacks and could still swim away with little to no exhaustion.

Ever since he was a hatchling he was trained and abused by his master to become a perfect war machine, and as a result, he is shown to be a lot like his master, being pure evil and controlling other dragons to please his master. Although being forced by Drago, he does show to be loyal to him by making him ride on him and saving him from falling from high altitude. It is likely that he only obeys him due to the harsh fathering relationship that he has with Drago.

Meeting Toothless for the first time, he obeys his master's command to control Toothless to kill his owner Hiccup. Though successful in gaining full control over him the attack is unsuccessful when Stoick takes the hit instead. After accidentally killing the wrong person, he lets Toothless free for a brief period of time before regaining control later on. Toothless was then forced to be ridden by Drago since Toothless was unable to fly. On Berk, he tried his hardest to make sure Toothless remained under his control but was shocked when the bond was broken by Hiccup. Toothless and his owner then fought the Bewilderbeast, who proved to be very difficult even against the Night Fury's small size and incredible speed. He saw his greatest enemies on the ground and attempted to freeze them once and for all but failed against the Night Fury. This then leads to these two to challenging each other to become the Alpha. Toothless' enhanced plasma blast proved powerful enough to weaken the old Alpha into releasing all the dragons who then joined Toothless' side showing he is the new Alpha. Toothless then had all the dragons attack the giant dragon and later, destroy his horn. Drago's Bewilderbeast was then shown bowing before the new Alpha before leaving Berk.

When Toothless becomes the Alpha of the Hidden World, Drago's Bewilderbeast is among the countless dragons who cheer for him, showing that he has accepted Toothless as the one true Alpha Dragon.

Drago's Bewilderbeast is found in a volcanic lair and serves as the final 'big boss' the player must battle.

Drago's Bewilderbeast can be unlocked as one of the game's Legendary Dragons. It is the leader of the Liberated Dragons, consisting of a Monstrous Nightmare and an Armorwing. Once unlocked, it can search for items to complete the collections to unlock their underlings.

Dragons: Rise of Berk Drago's Bewilderbeast finds unique items to complete special collections for Liberated Dragons and resources such as Iron and Runes. Collection items include Drago's Shoulder Pad, an Elaborate Metal Axe, Horn Chain Cuffs, and a Round Satchel. 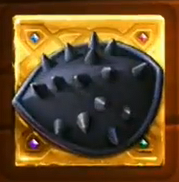 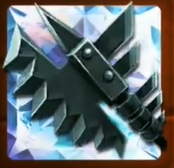 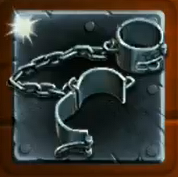 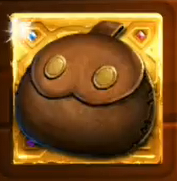 Drago's Bewilderbeast appears in this game as an angered Alpha Dragon the player must fight. He appears in Valka's Sanctuary in the Coldwind Wastes, as well as a game clan 'World' Alpha opponent. He sports his characteristic broken horn and an old manacle on the other horn.