Dirt-Hurler is a Moldruffle that appears in the game Dragons: Rise of Berk.

Dirt-Hurler is dark brown with a dark orange belly. It has yellow patterns on its body, which look like blood veins. Its tail fin is dark orange and its horns and spikes are black. 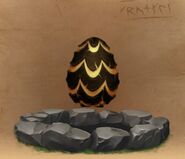 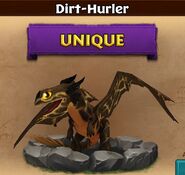 Retrieved from "https://howtotrainyourdragon.fandom.com/wiki/Dirt-Hurler?oldid=372011"
Community content is available under CC-BY-SA unless otherwise noted.