How to Train Your Dragon Wiki
Register
Don't have an account?
Sign In
Advertisement
in: Dragons: Rise of Berk, Dragons, Dragon Hybrids and Subspecies,
and 5 more

The Desert Wraith looks exactly like the Sand Wraith. However, its scales are pale pink with deep black stripes. It has slightly more spines along the edges of its wings. 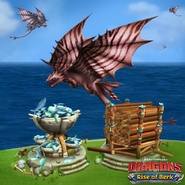 Desert Wraith in Book of Dragons 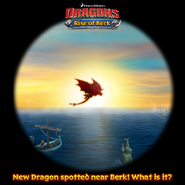