Crubble is a Gronckle that appears in the game Dragons: Rise of Berk.

Crubble is dusky pink in colouration, and, unlike other Gronckles, has a series of heart-shaped lumps rather than circular ones. His scales are split bytwo large white streaks leading from his jaw to his tail, as are his wings. His eyes are a bright blue and appear to have a large ridge above them in similar form to eyelashes. On his underbelly, the colouring is paler pink, leading in places to white. 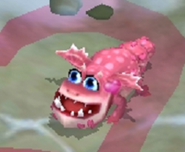 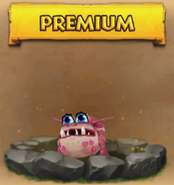 Retrieved from "https://howtotrainyourdragon.fandom.com/wiki/Crubble?oldid=535956"
Community content is available under CC-BY-SA unless otherwise noted.