Covecharger is the name given to a group of Seashockers that first appeared in the game, Dragons: Rise of Berk.

Covecharger is mostly dark purple with light blue spots on its wings. It has a model of pale cream spots and brown stripes on its heads, the frontal part of its wings and along its spines. Its tail has the same model. Its spines are icy blue, as are the spots speckling its wings. 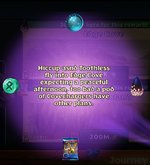 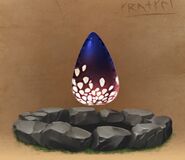 Retrieved from "https://howtotrainyourdragon.fandom.com/wiki/Covecharger?oldid=599307"
Community content is available under CC-BY-SA unless otherwise noted.