Copsekeep is a female Deathly Galeslash appearing in the game, Dragons: Titan Uprising.

Copsekeep's body and mottled wings are comprised of green, vermilion, and faint pink shades, which run darker as they reflect along her wing tips and claws in a gradient pattern. The dragon possesses yellow eyes and bright magenta claws, which fade to pale crimson further down. She appears to emit a slight glow from her body, and her horns are a darker shade of black, fading upwards into the primorial pink colouration of the rest of her body. 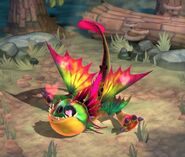 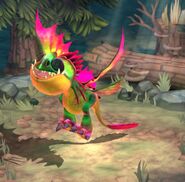 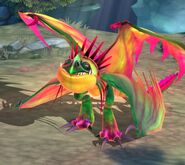 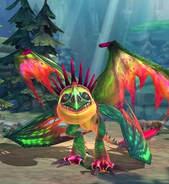 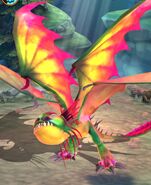 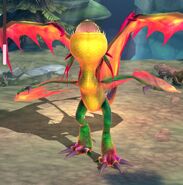 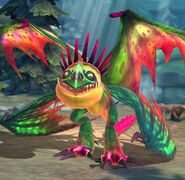 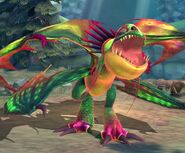 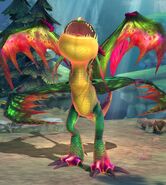 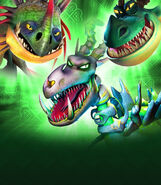 Retrieved from "https://howtotrainyourdragon.fandom.com/wiki/Copsekeep?oldid=612545"
Community content is available under CC-BY-SA unless otherwise noted.