The Celestial Royalwing is a female Deathly Galeslash appearing in the game, Dragons: Titan Uprising.

The Celestial Royalwing appears to be golden in color with vermilion highlights. Unlike other members of her species, she possesses green eyes. 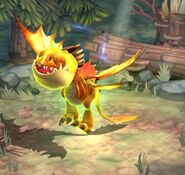 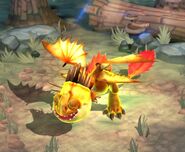 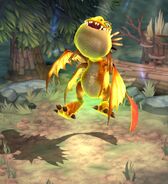 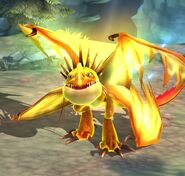 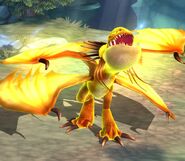 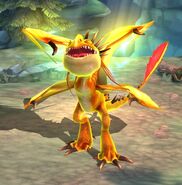 Retrieved from "https://howtotrainyourdragon.fandom.com/wiki/Celestial_Royalwing?oldid=574707"
Community content is available under CC-BY-SA unless otherwise noted.