Butt and Head are two Terrible Terrors who first appeared in "Worst in Show".

Butt and Head are both yellow with orange points, and the size of typical Terrible Terrors. In Rise of Berk, Head seems to have a slightly more green tint to his tail, wings, and horns.

Much like their trainers, Butt and Head appear to be slightly dimwitted as their only apparent skill is headbutting people or each other. They also appear to have an inner prankster, which was demonstrated when attacking Mildew in the head at the same time, from opposite sides.

Butt and Head have learned from the Twins to headbutt one another. Aside from this, they have shown no sign of other unique abilities or skills.

Headbutting: Ruffnut and Tuffnut trained the two Terrible Terrors to fly into each other. They use this tactic to knock out Mildew on the Outcast ship while they were trying to rescue Meatlug.

Butt and Head, the two yellow terrors, in "Worst in Show" 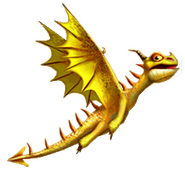 Butt in Dragons: Rise of Berk 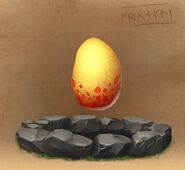 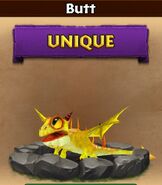 Butt as a hatchling 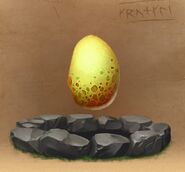 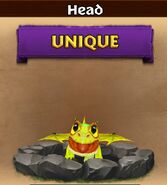 Head as a hatchling 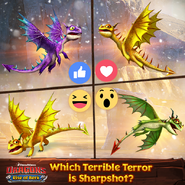 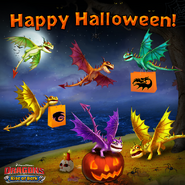 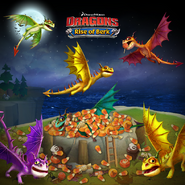 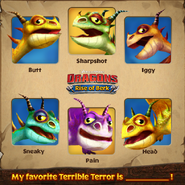 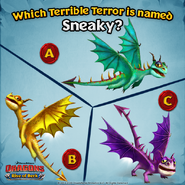