Broodnestle is a male Ridgesnipper appearing in the game, Dragons: Titan Uprising.

Broodnestle is a phosphorescent lilac coloured Ridgesnipper with darker purple patches around his body. The lilac shades to a pale blue cream on his underbelly, which gives off a faint luminsecent glow. Unlike other Ridgesnippers with silver chrome plating, Broodnestle's is a definitive purple-silver hue. His chin scales are a bright shade of pink, whilst his eyes are the typical yellow. 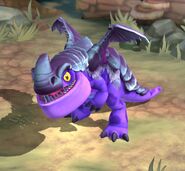 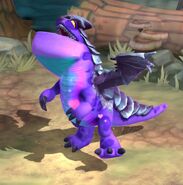 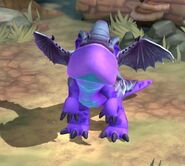 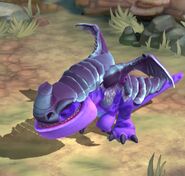 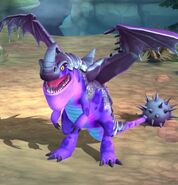 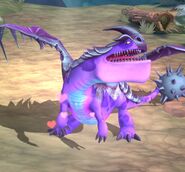 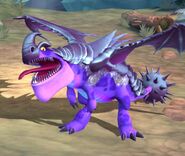 Retrieved from "https://howtotrainyourdragon.fandom.com/wiki/Broodnestle?oldid=640026"
Community content is available under CC-BY-SA unless otherwise noted.