Bonnefire is a Dramillion that appears in the game Dragons: Rise of Berk.

This autumnal colored Dramillion is shiny dark green in predominanant scale coloring, with a bright yellow underbelly, claws and spikes. She has bright red stripes and spots on her wings, creating a decadent pattern similar to those of some poisonous animals. She has a pattern of yellow and red stripes on her neck and tail, reminiscent of Christmas decorations or perhaps tinsel. Her eyes are light purple. 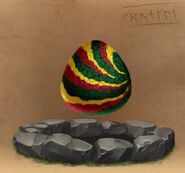 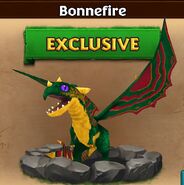 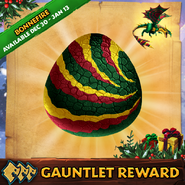 Retrieved from "https://howtotrainyourdragon.fandom.com/wiki/Bonnefire?oldid=599304"
Community content is available under CC-BY-SA unless otherwise noted.