The Bonestormer is a hybrid between a Boneknapper and a Stormcutter that first appeared in the game, Dragons: Titan Uprising.

Inherited from their Stormcutter parents, Bonestormers exhibit two pairs of wings ending with a pointed claw and a small, defined frill that originates behind their heads and facial spines, which give them similar appearances to samurai helmets and headresses. Bonestormers also embraced the clubbed tail of their Boneknapper parents while retaining their build and a pair of back-curved horns. Unlike the latter parent species, these hybrids only coat bones on their neck and tail.

Like their Boneknapper parents, Bonestormers are covered in a layer of bone armor. They use it for defense, as the skin underneath their coats of bones is quite vulnerable.

Despite wearing bone armor, Bonestormers are not nearly as heavily covered, and are able to demonstrate some of the spinal flexibility like their Stormcutter parents. They appear to be able to twist their neck around about 270 degrees.

The Bonestormer's behavior falls somewhere in between that of each parent. Most, but not all, of these hybrid individuals have inherited the extreme fastidiousness of their Stormcutter parents, spending hours cleaning out their bone armor.

When threatened, Bonestormers will spread their massive wings wide in an attempt to make themselves appear even larger.

The Bonestormer was introduced in this game during the October 13, 2020 Dreadfall event. A Bonestormer egg could be obtained by completing the event by collecting 17,000 candies through various minigames.

The Bonestormer was first introduced in this game, along with many other dragon hybrids. The only way a player can obtain a Bonestormer is by breeding a Boneknapper and a Stormcutter in the Breedery. 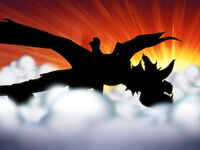 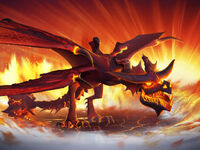 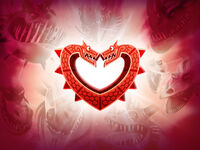 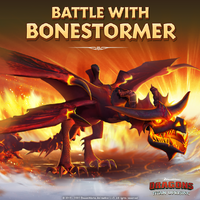 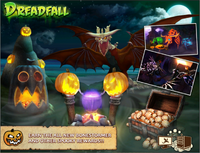 In "School of Dragons" 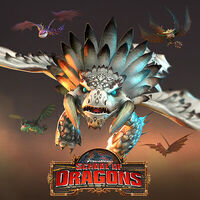 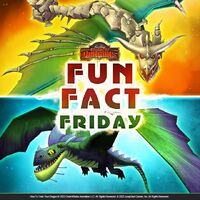 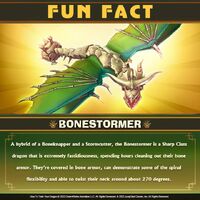