Boneshedder is the name given to a group of Boneknappers that first appeared in Dragons: Rise of Berk.

Boneshedders have a coat of bones on their bodies. However, they have significantly less bones and more of their purple skin is exposed. Their backs are only plated with a few bones and most of their tails and limbs are uncovered. Their tails have a club at the end that is made of several bones fused together into a rather regular shaped oval, with a few fragments of bone jutting out. 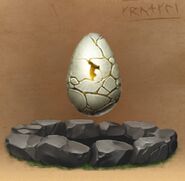 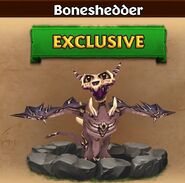 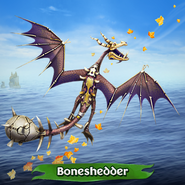 Retrieved from "https://howtotrainyourdragon.fandom.com/wiki/Boneshedder?oldid=563790"
Community content is available under CC-BY-SA unless otherwise noted.