Blawberry is a Catastrophic Quaken that appears in the game Dragons: Rise of Berk.

Blawberry is dark blue with black stripes on its back. It has light brown legs, underbelly and wings, with dark brown spots on them. Its spikes are light blue with white shades. Its eyes are black, with a small amount of blue. 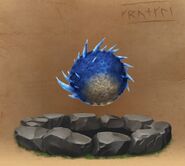 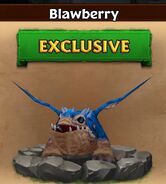 Gauntlet Events June 2019
Add a photo to this gallery

Retrieved from "https://howtotrainyourdragon.fandom.com/wiki/Blawberry?oldid=432863"
Community content is available under CC-BY-SA unless otherwise noted.