Axewing the Second is a male Timberjack appearing in the game, Dragons: Titan Uprising.

Similar to a Titan Wing of his own species, Axewing the Second possesses brown horns that are longer and curve upward. The dragon has a dark cerulean serpentine-like body covered with dark amber and moderate green hues. His wings share the same coloration and consist of lighter stripes at the edges. 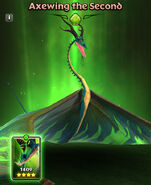 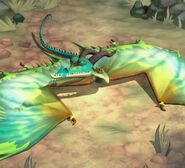 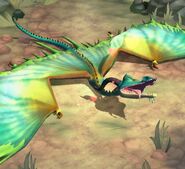 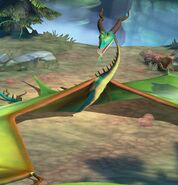 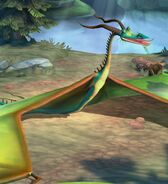 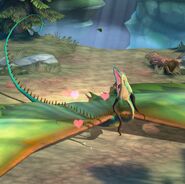 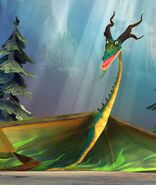 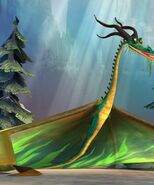 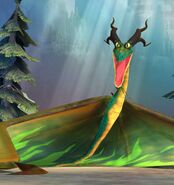 Retrieved from "https://howtotrainyourdragon.fandom.com/wiki/Axewing_the_Second?oldid=433807"
Community content is available under CC-BY-SA unless otherwise noted.