Axewing is a Premium Timberjack that appeared in the game, Dragons: Rise of Berk as one of Astrid's dragons.

Axewing is a dusky, autumnal shade of red in scale coloring, with a darker yellow highlighting at the edge of his wings in a jagged strip, and running all the way along his back, neck, head and tail, giving him the appearance of an autumn leaf. His wing hooks are the same shade of dark red as his wings. As he races through the leafy trees so often, he sometimes leaves a trail of red, yellow and orange leaves behind him as he flies. 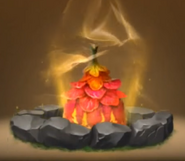 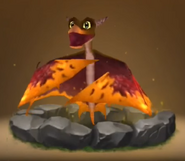 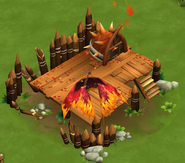