Auroara is a Windgnasher that appears in the game, Dragons: Rise of Berk.

Auroara is mainly turquoise, but also has shades of teal, pink and purple on its wings, back and head. Its claws and spikes are lilac. It has a sort of clubbed tail with spikes on it, it is assumed that they use this tail as a defense mechanism. 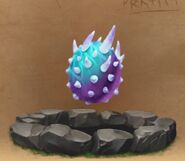 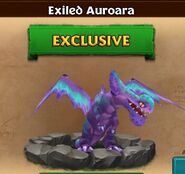